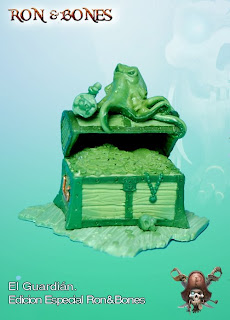 The two twins Remis and a friend, Ivan, both of them with enormous talent modelling, began this company two years ago. Their first endeavour was Decaulion Studio, then they began with a company called Dark Slave Miniatures, but they changed the name for the present one... ask them why.

They maintain several lines of figures: Tale Revision, with miniatures that represent classical fairy tales with a twist; Fotogramas, with film characters as inspiration, General series, of general fantasy and some historical based minis, Glamour, with female characters and Ron & Bones, a pirates series of minis with a game of skirmishes between pirates of all kinds associated. This game has been done with Quimera, the Madrid shop and you could find news of it in its blog... Before you ask, Ron means in Spanish rum but the name of the game is based in two pirate captains, Captain Ron and Captain Bones...

Most of the minis are 32mm but there is also 54mm and some busts... 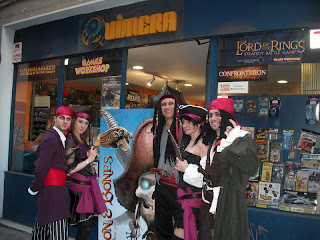 Payment methods:
Through PAYPAL for all international orders.